The State of Manufacturing in St. Louis 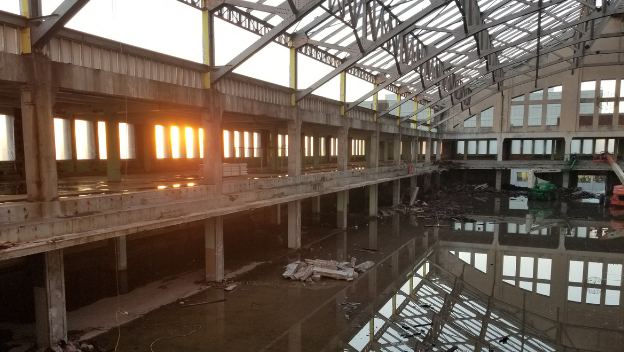 Marc Bowers: I'm the Executive Director of St. Louis Makes, St. Louis Makes is a 501(c)(3) nonprofit industry group that's focused on private manufacturers. We're advocates for peer learning and best practices in product management, new product development and business development. In other words, all the things necessary to create new products, improve margins and improve sales. Our relationship with Enterprise Bank & Trust started with the fact that we both had really similarly aligned values and a similar emphasis on education and original research.

Our relationship with Saint Louis University and Professor Coffin is focused on research, which is one of our pillars of service delivery that we've identified organizationally. This relationship helps in a number of different ways as we seek to create new learning about the manufacturing industry that isn't captured in existing government reports, research or data.

Sarah Coffin: I study post-industrial cities, and I'm very interested in all the different aspects. I started my early career looking at *Brownfields and how to revitalize Brownfields. I've always been interested in what kind of manufacturing was there before, and that was what led me to this manufacturing research project.

What are the key takeaways from the report?

Marc Bowers: Some of the key learnings from the report are that we have so many middle-market manufacturers in the region that most people have not heard of, and they employ a great deal of people. If they were to all add one new product, or gain one new national account, from an employment standpoint, that would add, just to the city, a number of people comparable to what you would add by adding a shift at an auto plant. That's a significant number of people—hundreds.

What inspired you to start researching manufacturing?

Sarah Coffin: My interest in small to mid-sized manufacturing started 12 years ago. I was working on a case study with a colleague up in Chicago. We were looking at the recently established plans for manufacturing districts that surrounded industrial neighborhoods and the factors leading up to these plans. This was when I started hearing municipal officials’ concerns around the new developments in these neighborhoods and the threats that were being placed on existing and established legacy industrial uses.

How is gentrification affecting the manufacturing industry?

Sarah Coffin: Oftentimes, when talking to different planners and developers they'll wave their hand in front of a cool old building, or an existing manufacturing site, and they'll say wouldn't that make a great condominium? I have to admit, I lived in a loft condo once upon a time, it was an old hat factory, and I loved it, it was beautiful. But from a financial standpoint for a municipality, outside of the job opportunities that these industrial uses provide, manufacturing is the most economically viable land use for a city.

Industrial land uses to provide the largest bulk of tax revenue for a community. Fiscal reserves are becoming increasingly dependent on commercial and residential revenues, which are typically not as high as industrial revenue, and the city's balance sheet is suffering as a result.

Marc Bowers: This research is really relevant to manufacturing companies because it gives them an opportunity to learn that they are not alone. There are other middle-market firms that are out there in a similar position that they're in. This research gives them an opportunity, through our organization, to band together with other firms to better represent themselves in the marketplace.
This report should also be very important for political leadership throughout the region because it gives them an opportunity to see exactly how many middle-market manufacturing firms there are in the city and where the concentration is. When you understand exactly how many jobs that represents and what kind of growth opportunity that represents, it has a very positive impact—not just on employment, but on the stability that these firms can offer to neighborhoods as well as to entire sections of the city.

What were the main causations for manufacturing jobs and company loss before the pandemic? After?

Sarah Coffin: A lot of the manufacturing job losses are not linked to productivity, contrary to what some people may think. In fact, job loss has a lot to do with trade imbalances and the offshoring of manufacturing. This obviously hits larger firms, but it also hits the smaller firms as effects trickle down. Offshoring of jobs happened during the 70s, 80s and into the 90s. Today, we are starting to see some reshoring efforts, especially since the pandemic.

Prior to the pandemic, the other big factors leading to further job loss, are the shifts and changes in technology. Recently, artificially connected smart-grid automation on the production line has created major job losses. But the cool part about this is that it's changing the space needs of industry. No longer do manufacturers need giant swaths of land, now you can do a lot more with a lot less land, and it's also cleaner. We're talking about clean manufacturing, we’re talking about green manufacturing. It's exciting to see the shift and turn that's happening. I think we're going to start seeing a new and different kind of manufacturing that will require different levels of training and may not have the entry-level opportunities that previous legacy manufacturing used to provide. But this is where cities and economic development agencies can get involved and provide training so that we can marry these new uses with a workforce that's trained and ready to go.

What are potential solutions to get ahead of the manufacturing trends in Saint Louis?

Marc Bowers: One of the things that we've identified as a region is the contribution that St. Louis Makes can make on new product development launches and growth opportunities through peer training and education. We can't have a vibrant manufacturing sector if we don't have an emphasis on new product development and on growth. We, as an organization, stand at the forefront of leading that charge.

One thing that we have done as a region, that was very helpful, is the release of the St. Louis Development Corporation report which identified manufacturing as one of the core pillars of growth for the city. The report identified specific implementation options and activities that the city would like to do. St. Louis Makes is playing a role in helping grow those development activities to benefit the region's manufacturers. Another thing we're doing as a region is freightway work. We have the benefit of being located smack in the middle of North America, so having roads, bridges and multiple means of shipping product and hauling it out to the rest of the world is really important.

I think that it's also really important to recognize the contributions that Rankin makes. There's no other organization like Rankin or Southwest Illinois College on the other side of the Mississippi. Those are two really strong schools, some of the strongest in the nation when it comes to technical training. So having an appropriately, technically trained employment field is also really important. So we've got a lot of what we need right here in the region.

*Previously developed land that is not currently in use that may be potentially contaminated. 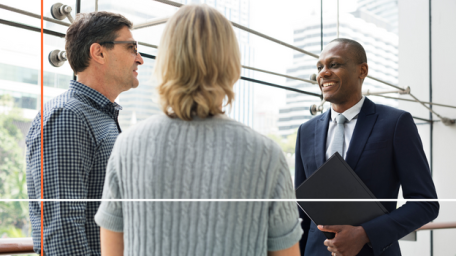 Revamping Retirement: How The Secure Act 2.0 Affects Your Business 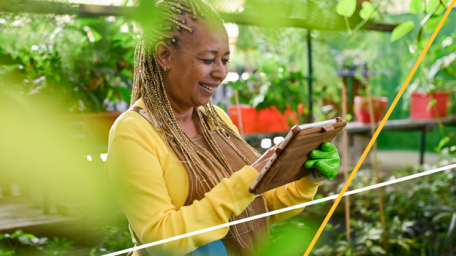 Four Steps to Organize Your Finances For the New Year 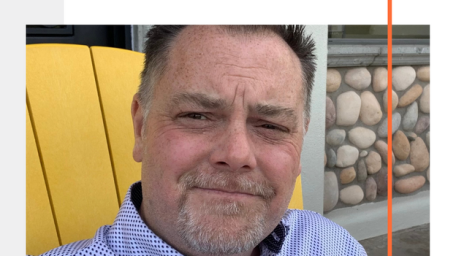 Insights from an Enterprise Financial CDE Advisory Board Member