As the market value of many risky financial assets have exploded higher over the past five months, the value of the US dollar has simultaneously declined to multi-year lows. While the value of the dollar remains near its longer term average, the recent decline has been breathtaking and surprising to many.

Typically, the dollar strengthens during periods of elevated uncertainty. But this has not been the case following the height of this year’s market panic. Year to date, the US Dollar Index, which measures the strength of the US Dollar relative to a basket of major currencies, has declined more than 4% through August 31. This decline has taken place during one of the most uncertain economic backdrops the world has seen since the Great Depression. 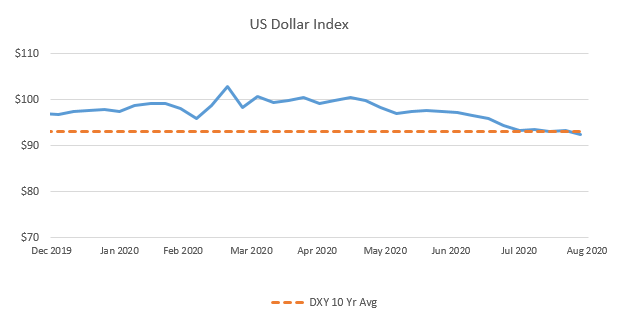 Why has the dollar declined so much in such a short period?

In short, the recent weakness of the US dollar can be attributed to the following expectations:

Dollar valuation is a very complicated subject, and relative growth rate expectations are tough to explain in written form. A simple scenario may help make this concept a little easier to comprehend.

Remembering that higher rates of inflation tend to decrease the value of a currency (all else equal), consider the following hypothetical example…

In this example, an investor can say the following…

There are major reasons why investors expect the relative growth rates of important economic variables to continue to put pressure on the US dollar over the next couple of years.

What asset classes and sectors will benefit the most from weaker dollar?

Much has been made of gold’s run-up in 2020. The asset has posted very strong returns year to date (up more than 25%), with much of the run-up taking place since equity markets hit lows in late March. But gold is considered a “safe-haven asset”, or one that has greater demand during periods of uncertainty. While gold is one of the better hedges against dollar depreciation, investors should recall that gold has a number of flaws. These include:

Furthermore, gold has recently breached its all-time high. Considering that gold is not a “productive asset” and does not produce income, it is probable that the upside from its current level is not as high as many may believe.

Although the asset class may have more room to run, investors looking to hedge against dollar weakness have other investment options that do have the ability to produce income, provide opportunities for growth, or both.

Asset classes that outperform during periods of dollar weakness?

In general, commodities have historically been the strongest outperformer during periods of dollar weakness. In addition to precious metals like gold, agricultural and energy based commodities typically perform well as the dollar falls in value. But, investors should remember that commodities are not the only way to take advantage of a weaker dollar. The table below highlights asset classes that typically outperform during a period of sustained dollar weakness.

Since the financial crisis, the dollar has been relatively strong compared to most currencies. The dollar is one of the major currencies that is considered a “safe haven” and will strengthen if global economic growth expectations decline. But, if global growth continues to move in the right direction, the dollar may continue its current downward trend. There are many investment assets that will outperform as the dollar weakens, all of which should be included in a well-diversified portfolio. 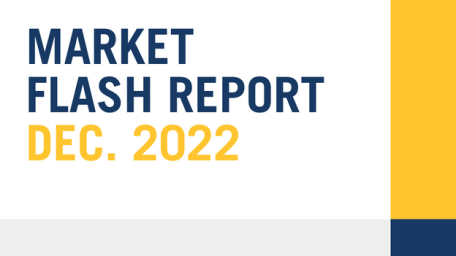 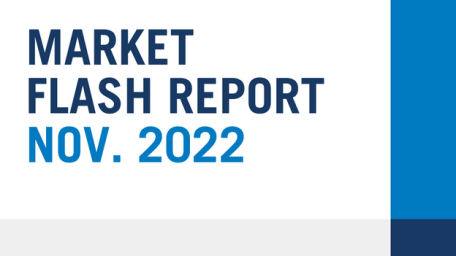 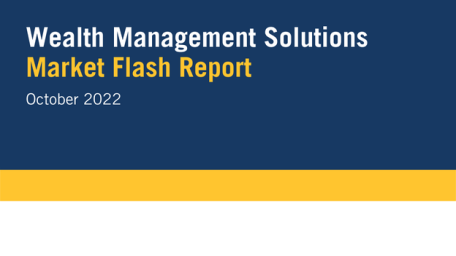